In the past decade, The Migration Policy Group (MPG) has played a key role in developing indexes to measure and evaluate migration policy and has become well-known for the Migrant Integration Policy Index (MIPEX) and the National Integration Evaluation Mechanism (NIEM). And with its latest research paper, MPG is continuing to play a lead role, this time calling upon the field to move beyond Western-centrism and, instead, to expand indexes to a wider, global level.

The paper highlights how, in a review of all the major indexes, migration policy has been largely restricted to ‘present day’ analyses, often in the Global North. In other words, there is a lack of indexes that extend beyond Western contexts and that can measure data over time.

“migration policy has been conceptualized as a contemporary phenomenon that concerns the major destination countries in the OECD/EU.”

Subsequently, the paper calls for migration policy indexes to be extended both in times of time, space and theme. With regard to the former, there is a need to extend indexes beyond the ‘present moment’ and to incorporate more longitudinal approaches. In terms of space, there is a positive example in the form of the Migrant Integration Policy Index (MIPEX) which has recently been expanded to include non-EU countries such as China, India, Indonesia among others. In incorporating non-Western contexts, indexes may also begin to move beyond their strong focus on immigration and, instead, consider other themes, such as emigration.

“Beyond Immigration. Moving from Western to Global Indexes of Migration Policy”. 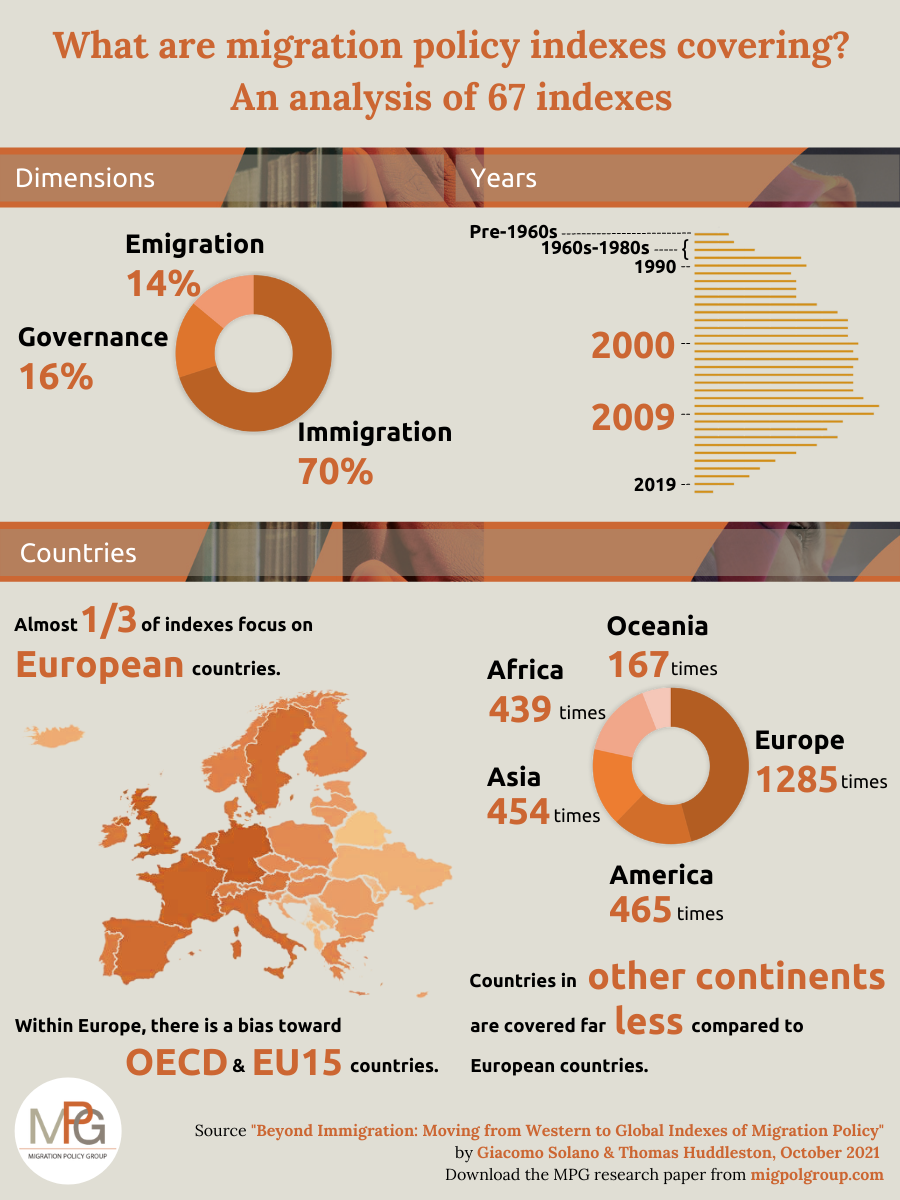 MPG is an independent think-and-do-tank based in Brussels. MPG’s purpose is rooted in its ability to inspire networks to provide evidence-based projects, research and campaigns in the areas of integration, migration and anti-discrimination.